Probably one of the most leaked smartphones in history is the Pixel 4 at this point. Over the past few months, the device has leaked literally dozens of times, and today we get another look at the device in a hands-on detailing Google Assistant’s next-gen Pixel 4 and much more.

NextRift, the same blog that earlier this week brought us a Pixel 4 hands-on, delivered a follow-up post that spends a little more time talking about the software. The biggest highlight here is the new on-board Google Assistant. We can see the redesigned UI of the Assistant in the image above.

There is no video showing off the functionality, but the publication says that processing information is “noticeably quicker” and that Continued Conversation is enabled–meaning you don’t need to issue a new “Hey Google” command. None of this really comes as a surprise as it is exactly what Google revealed at I / O. Google’s next-gen assistant is one of the features that we look forward to seeing most on the Pixel 4.

In addition, in this hands-on, we get a closer look at Ambient EQ. Although not as exciting as the new Google Assistant, for many, Ambient EQ will be a handy Pixel 4 feature as it will adjust the display to suit your surroundings just like the Nest Hub or iPhone. NextRift explains that based on the surrounding lighting, the shift from warmer to cooler tones is noticeable. 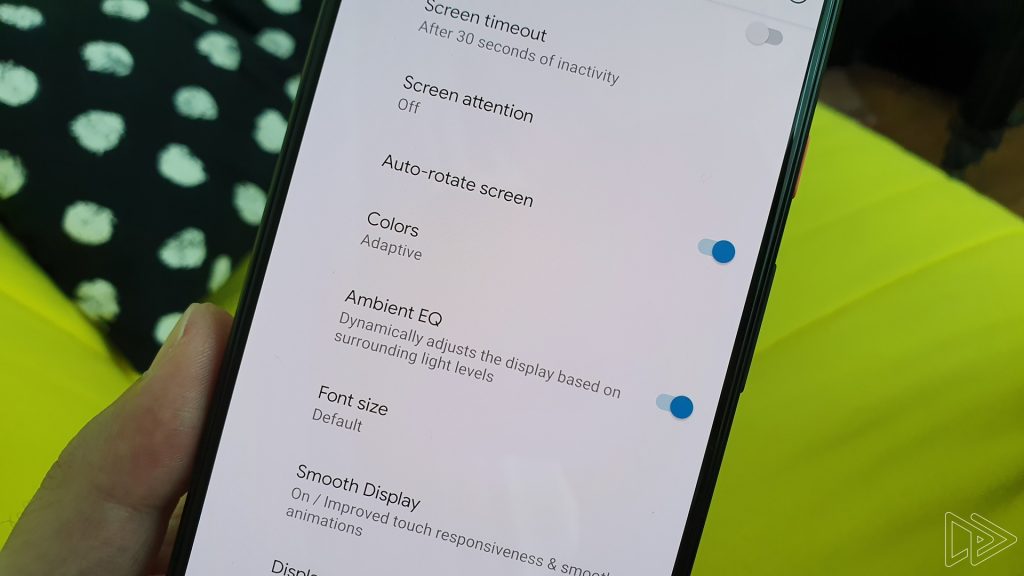 This set of hands-on images also takes a close look at the different disclaimers included with Face Unlock by Google. We’ve seen these a couple of times before, but in plain English this is one of the best looks. Google’s mention of “someone who looks a lot like you” being able to unlock the device has raised some security concerns by some, but we think this disclaimer is more cautious than a real problem. 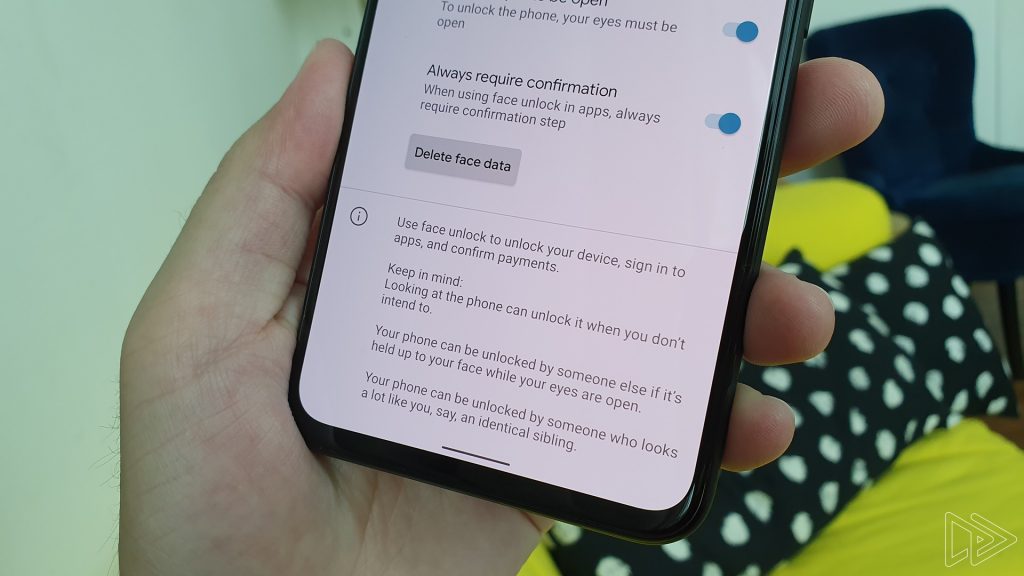 This hands-on also looks at a few lesser-covered tidbits about the device beyond those notes. Confirmation is given that Active Edge is still on the Pixel 4 and still triggers Google Assistant, as well as explicit evidence that no expandable storage is available. Also, a quick selfie test compares Galaxy S10 + results with sharper images, more true-to-life colors, and a more accurate portrait mode. We can also see the pixel’s wider field of view.

There is also a comparison of sizes that places the Pixel 4 XL next to the Pixel 3a XL and Galaxy S10 +. In this context, on the Pixel vs. the Galaxy S10+, the 4 XL is basically the same overall footprint with slightly less screen. Notably, on the Pixel 4 XL, the bezel size is nearly identical to the 3a XL, which is not bad.