Today, two new Nvidia Shield TV models are on offer, and the new base model is a radical departure from all that came before it. Now it’s smaller, cheaper, but more powerful than the generation before. I think the new smaller Shield TV is still the best streaming device you can buy after using it for around a week, but with an asterisk.

Let’s first talk about the new hardware. This is, as I said, a huge departure from what Nvidia has been using since 2015 on its Shield TV hardware. The new design is a “tube”-shaped form factor that has some advantages and disadvantages but is just impressive in sight of everything inside.

The new smaller version packs a Nvidia-made Tegra processor just like older Shield TV versions, but this time it’s the Tegra X1+, which seems to be a bit faster. It also has 2 GB of RAM, 8 GB of storage, and Pie-based Android TV. That’s much more than you’ll find in the relatively size Fire TV Stick or Roku Streaming Stick, and Nvidia deserves credit for that.

This new Shield TV, however, is not a dongle like those devices. Actually, this device is supposed to be a kind of cable extension itself. You can plug the device into any HDMI cable— bizarrely, there’s not one included in the box— and it landes wherever you want in your setup. As it is not directly behind your TV, the quality of the network is also slightly improved.

In my case, this design meant that the Shield was hanging just above the floor behind my entertainment setup— not exactly ideal. I’d like to see Nvidia launch a cheap accessory that allows users to connect the Shield to a particular place on their entertainment system, or even mounted on the back of their TV if they wish.

Nonetheless, ports have been downgraded with this new form factor. The USB ports used on older models are gone, with only one microSD card slot available to expand the storage of 8 GB (4 GB available to the user). The power plug is now a good generic port, and Nvidia has also left room for Ethernet. I’d like to see a USB-C port, but it’s mostly forgivable given the size. The only time it’s really a shame is to use the device as a Plex server, but that’s why there’s the Shield TV Pro.

Because of its hardware, the new Shield TV (2019) is not a direct successor to the previous Shields, and that’s not really a bad thing. With this new model, Nvidia sacrifices some of the less-used features of the previous Shield TV to create a smaller device that works better for a different set of users — the streamers that just want a fast, capable streaming device for Netflix, Disney+, Hulu, and all the other services out there today.

Just like Nvidia has been using it for years now, Google’s Android TV platform is being used by the new Shield TV. That means you’re going to get the clean, ad-free interface that Shield lovers have enjoyed for almost five years now.

When Android TV is rapidly growing and maturing, the range of apps is also better than ever. Disney+ will be launching on the platform, Hulu will finally have an updated app, the Play Store will be redesigned and there will be over 5,000 apps. Most people need to look no further than Shield TV for the core streaming services. Apparently, the only service that doesn’t come to Shield TV anytime soon is Apple TV+, but that’s probably the least important as well.

As someone who relies entirely on streaming services, there was only one niche app that was not available on Android TV, and I had to boot my Roku to be able to access it. Roku still reigns supreme with content, but Android TV is catching up quickly, and while it’s missing a few, it does better than the others it has. Nvidia supports the ability of the Shield to use both Dolby Vision HDR and Dolby Atmos with every single major streaming platform— which Roku and Fire TV are unable to tell on any of their devices.

By comparing the Android TV software of the Shield with those rivals, it also shows me just how far ahead this device is in terms of simplicity. Each time I use it, I get overwhelmed by the Fire TV interface and despite a lot of changes, Roku still feels old and slow. Over the past few years, Google’s updates to Android TV have only extended its lead, and that greatly benefits the Shield.

On the quality side of things, either, the new smaller Shield does not suffer. The Android TV app is soaring on this hardware, no matter what I do. I’ve only been using the new Shield for a week, so I haven’t had a chance to test it from a gaming point of view, but there’s no reason to believe it’s a change from what happened before. The specifications are improved compared to the previous Shield generation, so you should be able to play Android titles and stream GeForce Now without complaints as long as you have a controller to connect — one is not included.

Where the power of the new Shield comes into play is its new feature of upscaling the AI. Many 4 K TVs have some sort of upscaling to try to make content 1080p or 720p look better on that higher-resolution display, but their methods are essential. Nvidia uses AI to produce better results for the majority of content.

It actually makes a noticeable difference in practice. Casual TV shows like The Office will not really profit much, but with this feature turned on, older movies like Indiana Jones and the Last Crusade look much better. One of Nvidia’s most impressive results is Pixar’s Coco. This feature shines every time there’s a lot of vivid, detailed content on-screen. I think Nvidia overhypes it just a little bit, but it’s impressive when you flip in the Shield’s settings on the demo mode and look at the results side by side.

My biggest issue with the last generation of the Nvidia Shield TV was its remote. Simply put, it was unreliable easy to lose, and to explain to someone who never used it was extremely difficult. It took my now-wife several weeks to fully understand how to use the remote of the current Shield as an example on that last point, and she still doesn’t like it.

The new remote is Nvidia’s absolutely necessary upgrade to make. The new remote of the Shield TV is not as small as the one before, but it’s not too big either. Of course, it’s strange triangular design, but it’s very comfortable to hold and use. Besides, it’s not going to sink so deeply into the couch cushions. 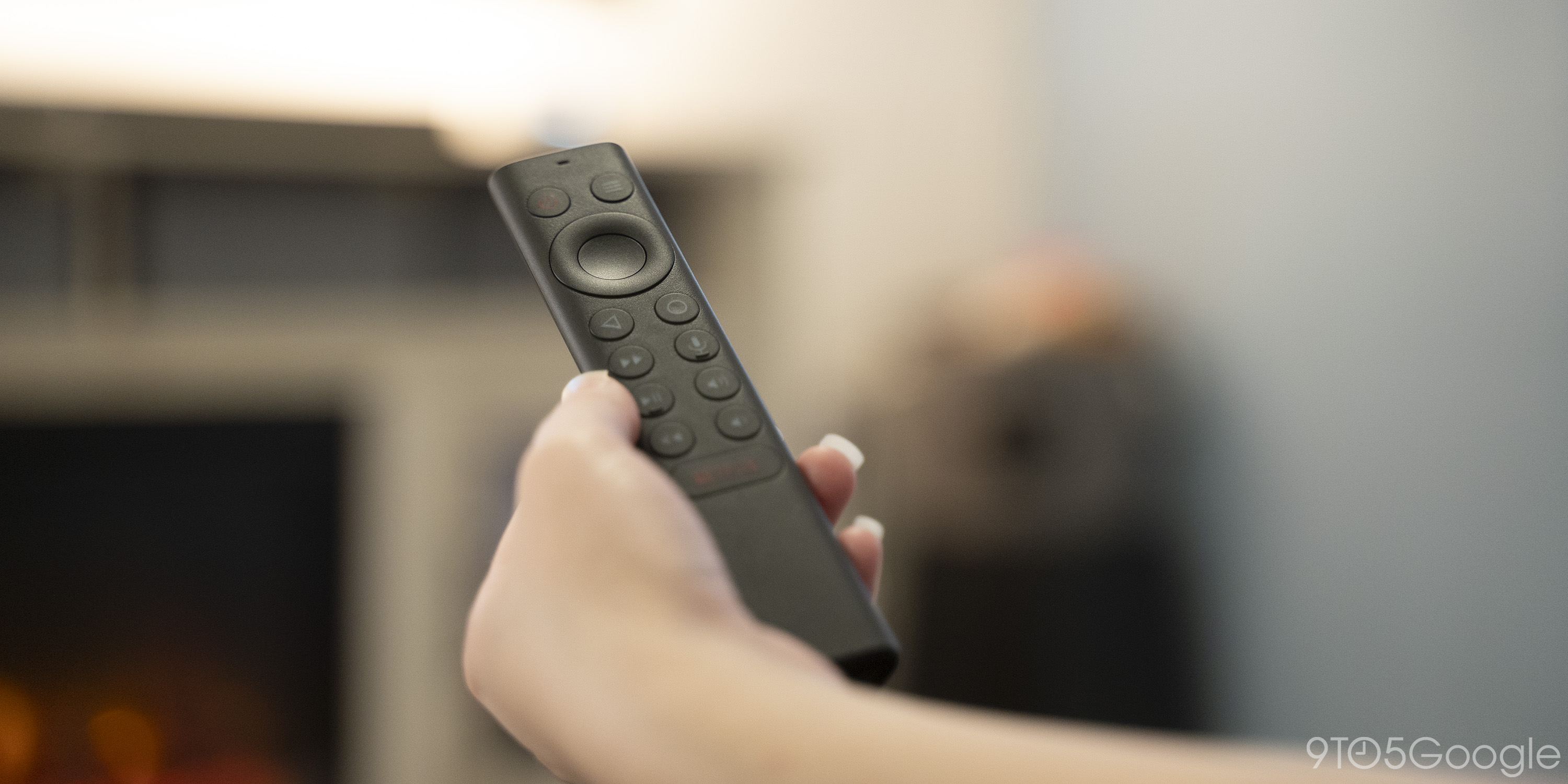 Buttons for most people are likely to be the biggest upgrade. Going down from the top, there’s a power button, settings button — in a moment we’re going to go back to that— and the D-Pad. Below that, there are navigation buttons for home and back, fast forward and voice control (Google Assistant), play / pause and volume up, and finally rewind and volume down. There’s also a dedicated Netflix button now that seems out of place to me, but it’s something people like, obviously. I think the layout that Nvidia went for here is really odd, but it does the job better than it was before, and in minutes I was used to the new buttons.

In addition, the buttons are all backlit and AAA batteries power the remote. I found a chore to get off the battery door, but it’s nice that the batteries are available so much more readily than the previous generation. The battery only lasts on a load for six months.

The new remote is also responsible for most of the same tasks as the previous generation. It has IR control over your TV and can be efficiently customized for your setup in the settings.

Nvidia also included on the latest Shield a lost remote locator feature. There is a button on the hardware of the Shield TV that will make the remote beep until you find it and use it when pressed. This can also be triggered via the good companion app, as if your fingers are bigger than a toothpick, the hardware button is almost impossible to press.

Perhaps the best part of this new remote is that the settings button at the top is fully customizable, apart from the fact that it is about 10 times more reliable than the previous one. You can use this button for a lot of actions from opening the app of your choice, adjusting the volume, accessing your choice’s fast settings, opening recent apps and more. It is a very useful feature.

Is this worth it?

The new Nvidia Shield TV is a really great product, but one thing it suffers— it’s not cheap. Nvidia asks a lot for this product for $149. I can’t say the price isn’t worth it because, unreservedly, with this smaller Shield TV, you’re having one of the most versatile streaming devices on the market. Roku and Fire TV have more affordable price points and, in some cases, more app support, but features like Dolby Vision and Nvidia’s powerful AI upscaling are missing.

The problem with the smaller Nvidia Shield TV is that it is not targeted at the person who wants everything a set-top box can offer, unlike the previous offerings of the company. Much of that is due to its lack of ports, but Nvidia is going after the users who just want to stream on their devices. While you’re going to lose out on Dolby Vision and Atmos and the upscaling of 4 K AI, you’re going to save a lot of money.

The Shield TV at $149 is in a strange place to be worth its price, looking at everything it can do, but having to prove its worth compared to other options that are much less expensive and not much more expensive.

The higher-tier Shield TV Pro will be more valuable at $199 for a lot of people who do need a Nvidia Shield. Nonetheless, Shield TV is a really great option for the huge number of people who want a premium streaming device that is pretty darn future proof. Through Amazon, Best Buy, Target and other major retailers, sales are now open. 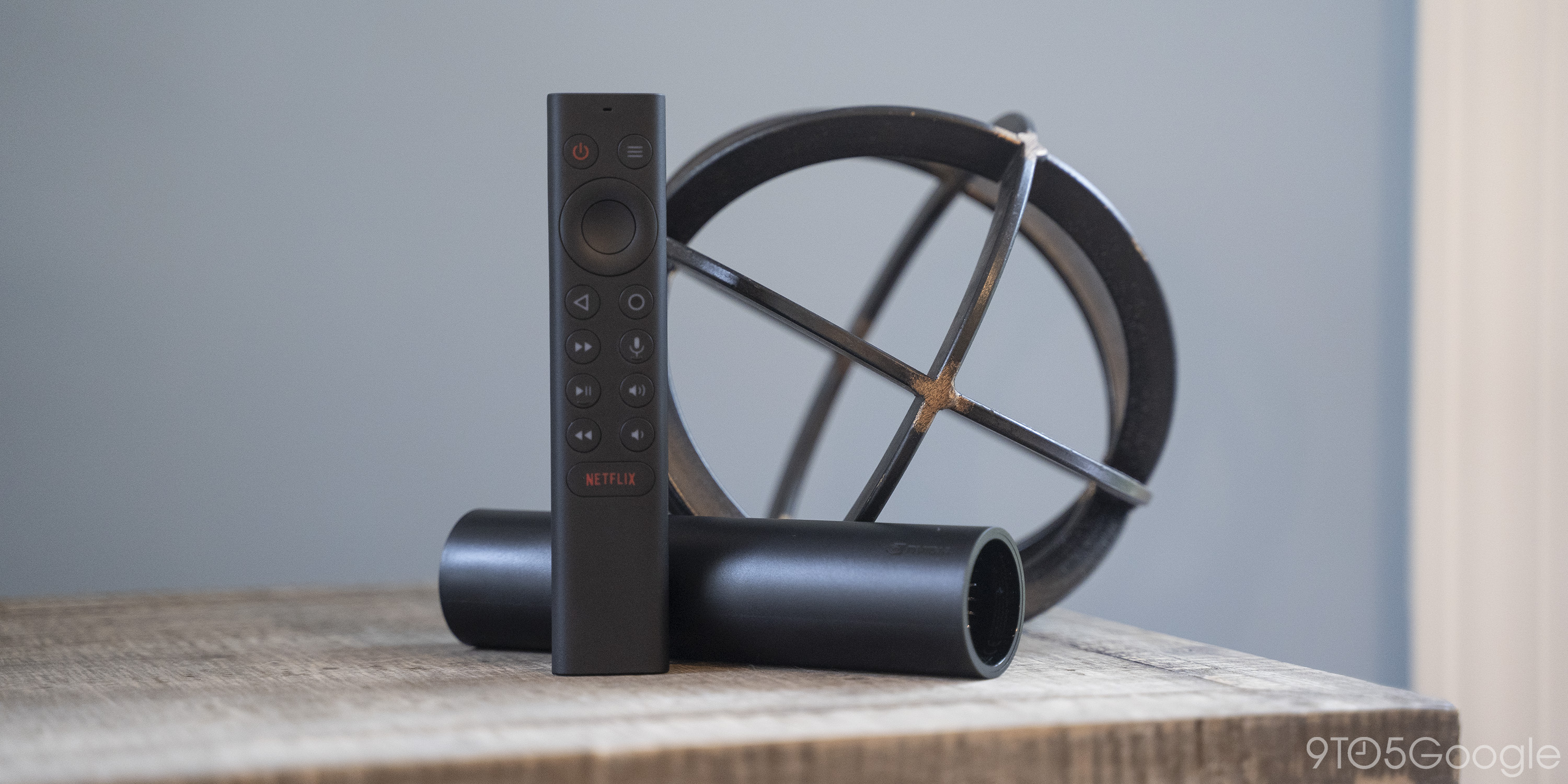