OnePlus opens the closed beta program of the OnePlus 8 series

Given that after the launch of the OnePlus 7 T, we only had a month or so for the dust to settle, it’s probably about time we had a OnePlus 8 Pro leak. Well, some of the possible incoming hardware features have been leaked and shown by a series of alleged basic design diagrams of the upcoming OnePlus 8 Pro.

We were teased with renders of the upcoming OnePlus 8 shortly after the release of the 7T. While those are thought to be for the upcoming standard 8 model, these leaked diagrams show what the OnePlus 8 Pro might be — which is likely to be well into the final phases of development.

The diagrams themselves are not the most accurate, but point to some of the latest OnePlus 7/7 T Pro hardware tweaks. On the front, a display cutout appears to be the biggest change. In the upper left of the large display, a punch-hole notch is prominent. This means that it is unlikely that we will see a pop-up camera on the OnePlus 8 Pro — even though the previous renders showe as well.

A fundamental difference here is that one of the leaked OnePlus 8 Pro diagrams reveals an elongated punch-hole with only two front-facing cameras that we can presume. This looks very similar to what you’re going to see on the Samsung Galaxy S10 + — though on the display’s opposite corner. 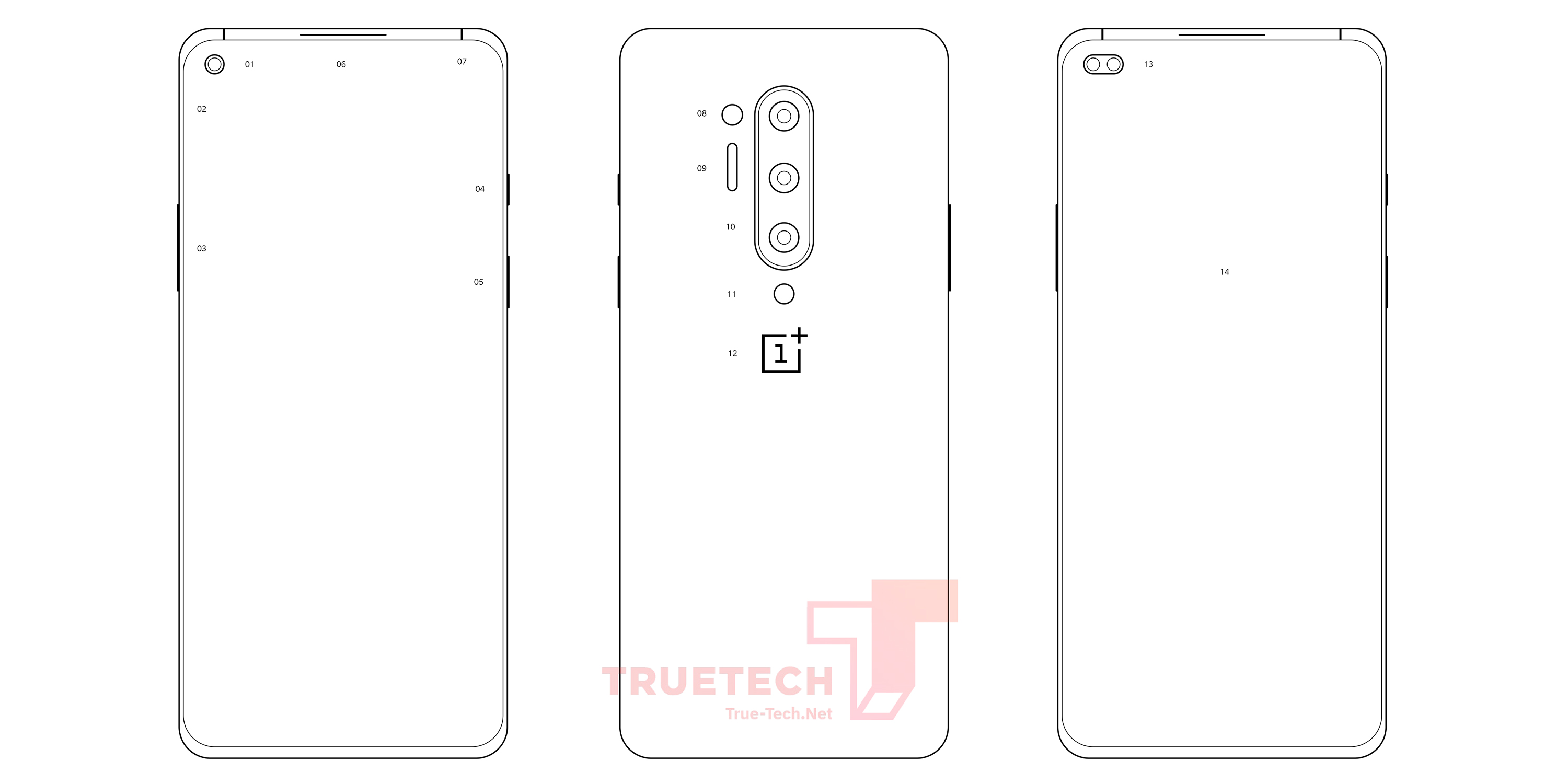 The triple camera setup at the rear maintains the vertical layout that we saw in 2019 with the 7/7 T Pro. To the left of that vertical setup, there seems to be an extra circular cutout pointing toward a fourth extra sensor. In view of how popular they are becoming in most flagship Android smartphones, this is probably a time-of-flight sensor. Below that, the laser auto-focus system cutout also lets the OnePlus 7 T Pro jump.

Those leaked diagrams significantly confirm on the sides that the OnePlus 8 Pro will come with the exact same layout of the hardware button. It’s worth noting that we don’t expect too much overhaul over the OnePlus 7 T Pro, but the inclusion of a punch-hole notch is definitely interesting considering how much R&D would have gone into the selfie pop-up camera.

Since these design diagrams also include details about the model, the design is obviously not set in stone. It’s unclear if we’re going to see anything close to this coming release day, but it gives us a taste of what the OnePlus 8 Pro might be packing up.

OnePlus opens the closed beta program of the OnePlus 8 series

OnePlus 8 Pro: 5 reasons to pick up this Android ‘full-formed’